What happens to Wordle and Chinese idiom Knowledge Graph? Could I create something between the human brain and the game-cheater/ruiner to make it more of fun? With Knowledge Graph?

You may have seen tweets like this in past months, where the color dots in emoji was shared in SNS randomly.

Feel free to Google Wordle first if you don’t know its meaning yet.

For all magics being used to solve wordle, I am impressed by Grant Sanderson, who explained us the information theory when solving wordle, in an elegent and delightful way.

I am not going create yet another wordle-solver today, instead, it’s more about an intresting variant of wordle.

To truly enjoy the fun of wordle, mostly we should be a native speaker, and it is not surprising that there is a Spanish wordle out there, and still tweets on wordle(es) are being shared literially every second now.

While for non alphabetic languages like Chineses, do we have the luck to have fun with wordling? The answer is yes, while it’s a bit different.

For the reason Chinese charactors, also called Hanzi or Han chactors are in from of Logogram, each charactor in Chinese is made up of radicals in quite different forms, each Chinese word can be 2/3/4 charactors. Most of the crossword games in Chinese are idiom, proverb or ancient poetry based: the slot to be filled are one Chinese. 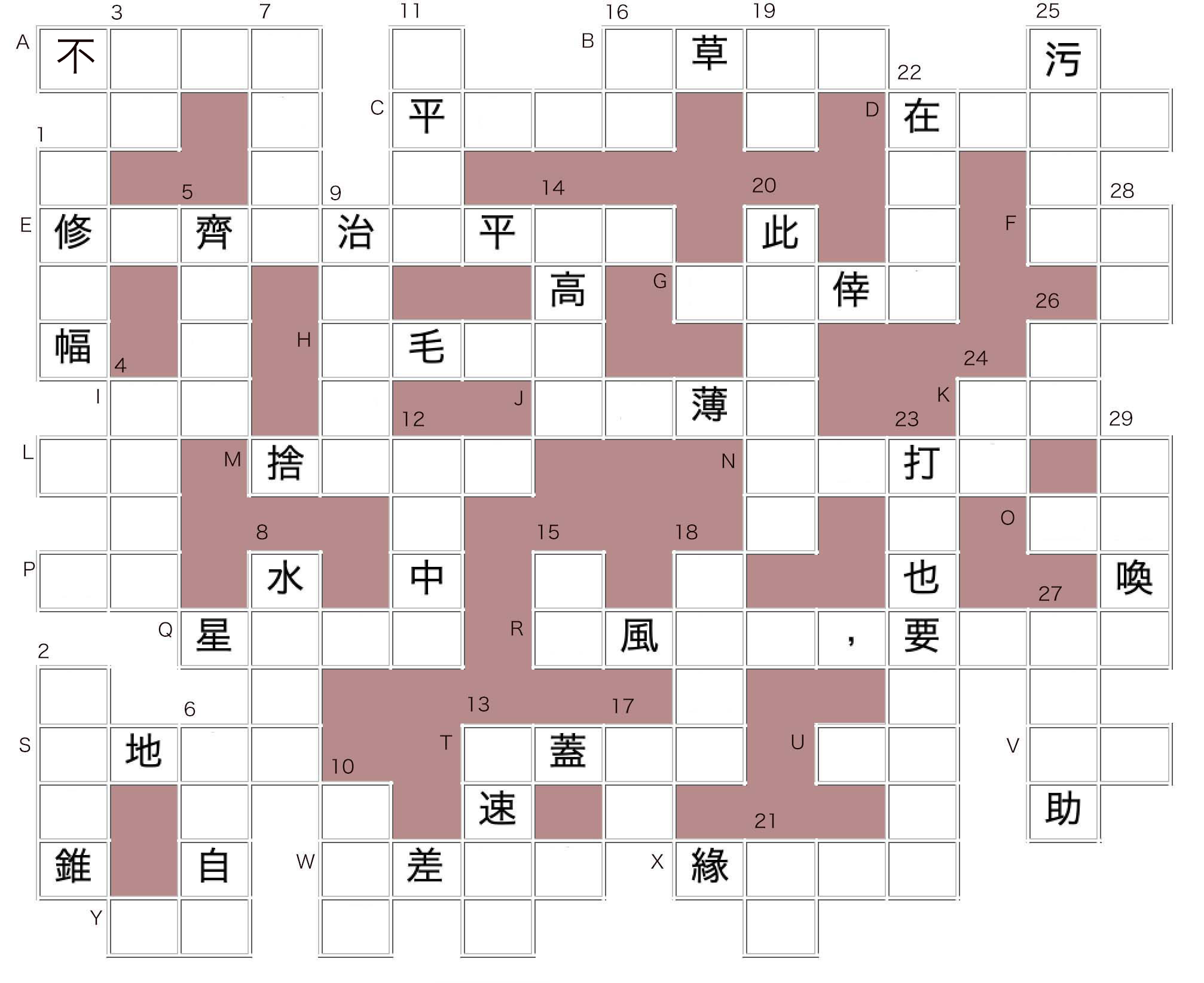 Thus, a wordle but in Chinese idiom will be quite strange, or even hilarious as Chee and JinGen discussed in this tweet thread, where you could see the candidate characters are counted in thousands: there is no chance to guess the idiom in 10 attempts!

As one of the fun on playing wordle could be the feedback loop of guess --> result in limited attempts, while the scale of Chinese Charactor had pushed the Chinese wordle variant creators leveraging other aspects of the charactor: pronunciation.

Each charactor in Chinease is monosyllabic without exceptions, and when it comes to its pronunciation, they are all made up from two parts(initial and final, and they could be written in roman letters), which comes in tens level of possbilities.

While, to me, a native Chinese speaker, it’s either too hard to play with condtions of pronunciation parts(pinyin) or too easy to guess on given around 20 Chinese charactors. Then, the varient stands out here is the “handle/汉兜"(Hanzi-Wordle) created by Antfu.

“Handle” introduced the tones with genius to add an extra dimension of all charactors per each guess attempt, which helped player to have more information on filtering the knowledge in the brain.

Note, for each Chinese charactor, there will be a tone in 1 of 4 tones in its pronunciation.

Let’s see what it’s like to play the “Handle”:

As a non-native English speaker, the way I was playing wordle is to relying on helpers:

After knowing on the third letter to be “O”, I googled and got this: 5-letter-words-with-o-in-the-middle and do the searching 😁.

The way to play with helpers works for me to have fun yet not ruin it by an automated cheat resolver(it’s only simulating my brain as a native-speaker!), so that I could somehow experience the same as Millions of people out there without cheating.

While for Chinese “Handle” players, from my perspective, it’s still a bit harder(to find answers in 10 guesses), and the way my wife and I were playing “Handle” when lining up at the restaurant door ended up googling: idiom list with word ‘foo’, yet still having a lot of fun.

Could I create something between the human brain and the game-cheater/ruiner to make it more of fun?

The answer is yes: a game extension as a secondary brain. For this helper/secondary brain, the solution for “handle” differenciates from the English wordle, unlike the auto-solver, similar algorithms could help on both cases:

Thus, why not do it in a graph/neural network way? And here we go, let’s create a knowledge graph of Chinese idiom and see how it goes with the “handle” game.

It’s indeed entertaining to me, and I could write Graph Queries[*] by hand or via Visualization tools[**] to help explore things in this graph, because we’re doing the “thinking” process the similar way in our own brain, but not so well-informed.

2.2 The long version of playing with Knowledge Graph

If you are intrested in how you could do it from your side, here are some details. Before getting started, if you would like to hands-on do it, please refer to appendix chapter on getting your own Nebula Graph Database cluster ready, which are a couple of lines commands to be run.

We will get hint of the first guess as:

Not bad, we have three of the charactor with informative hints!

Then we just query it from Nebula Graph:

And there are 7 results left in this single guess for us!

And as a Chinese native speaker, the common one would be “惊世骇俗”, and let’s give a try!

2.2.2 The Visualization of the Query

We could modify our query to make every part of the subquery returned, thus, they could also be renderred visually:

And then we query it in Nebula-Studio-Console, and click “View Subgraphs” to see how the searching was done like it was in our own brains:

If you happened to get hands dirty(or being intrested to) on Graph Database, you could checkout the Nebula Graph project now and its Docs to have more fun of it! Also, here are some only playgrounds if you prefer to try it without deployment on your own envrioment.

If you are intrested in the MATCH query syntax and would like to actually do exersices with each daily handle challenge, check below Documents:

4 Appendix: Setting up the Knowledge Graph

I put the code and process here: https://github.com/wey-gu/chinese-graph, feel free to check that out.

The process would be:

For Graph Modeling, it’s actually quite straight forward, the mind model for me was to put the knowledge I cares as vertcies and connect them with their relationships first.

You will come back to iterate or optimize the modeling when you are actually playing with the data afterwards, thus, if you could imagine how the graph will be queried in the first place, the graph modeling could be adopted accordingly. Otherwise, don’t over design it, just do it the intuitive way.

Here, I put the vertices with properties as:

The edges with properteis as:

With Nebula-UP, it’s an onliner call Use ChatGPT and Nebulagraph to Predict Fifa World Cup